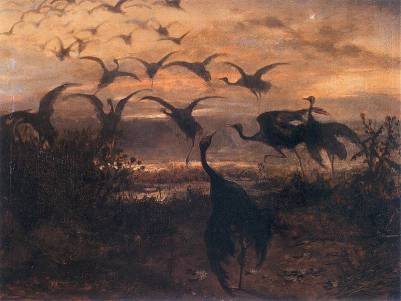 In my early years as an undergrad, my friends and I were very into personality tests. We spent way too many Saturday mornings taking Buzzfeed quizzes when we should have been studying, discussed our Myers-Briggs results in depth, and cringed together over our StrengthsQuest results. Inevitably, we bickered over who was actually which Pixar character or what office supply. In the case of the MBTI, this lead to making fun of each other’s “NF moments” (like crying in Western Civ class, as I’m apparently very fond of blogging about), or mutual eye-rolling at the differences between my decidedly P-lifestyle in the midst of my more J-leaning friend group. And I can hardly go an entire weekend without remembering my friend’s smirk as she pointed out that I was an introvert with Includer as one of my top Strengths.

The first time I read a description of the INFP in high school, my only reaction was tears. Finally, here in this Wikipedia article, of all places, I found the assurance of understanding that I’d longed for from every relationship I’d pursued, every journal entry I’d written, and every fandom I’d pledged myself to. Not only did I feel understood in all the things I had never even considered about myself, but also this article’s very existence validated mine. Because my experience had even been thought of by someone else, someone else must have shared that experience. My existence must somehow be okay.

Personality types also helped me better understand others: that guy probably annoys me because he’s so aggressively E, or I don’t see the world quite the same as that person with a strong S. Of course the scientific validity of such indicators will be debated for aeons to come, not least impacted by how trends change. But at least in the case of my friends and I, MBTI gave us a common language to convey our needs and desires when we lived together.

Oddly, the more I retreated into my identity as expressed by any number of personality descriptors, the more trapped I felt. And maybe my understanding of how personality typing works is just subconsciously flawed: of course I understand that the populace of the world isn’t just 16 persons reincarnated into billions of bodies strewn across the planet. Of course people are more complex than four letters or five strengths, and there are exceptions, backstories, and spectrums to every type. I understand that, at least in theory. In practice, however, I began to make decisions based on who I thought I should be: “I might like studying literature because I have traits that some people express as NF” quickly became “I don’t have to always be around that person because I’m an I,” which escalated into “I shouldn’t make plans because I’m a P.” Explanations became excuses became exemplaries.

I have been known to take things to extremes.

Lately, I’ve had a lot of conversations around the Enneagram. To those unfamiliar, the Enneagram is based off of nine personalities (with variations), and expresses each type’s basic fear, basic desire, key motivations, and the way each type operates in stress and in health. It may or may not come as a surprise that the free online (and totally legitimate, I’m sure) test I took identified me as a Type Nine, the Peacemaker, who fears disconnection while craving harmony. And while I didn’t burst into tears upon reading this description, it did sound spookily familiar.

On one hand, this personality type explains my struggle with all the rest. Nines have difficulty pinning down their own thoughts and emotions. They sometimes long instead to meld with other people and other identities, according to this enlightening podcast from the Liturgists. For me, that manifested in several ways. But most relevant to this post, I took a should/should not mentality toward the way I understood the INFP. If there were an ideal INFP, floating high and Platonic above the shadowy cave of this world, I wanted to become it. That was so much easier than just being me.

Even though the Enneagram helped me understand my understanding of personality indicators (even the Enneagram itself, in some odd, meta way), the moral of the story is not that a set of questions, a few paragraphs, and a list of people who might be like you will solve the longing to be yourself that you feel when a new acquaintance asks you what you do for fun, or when you visit your family to find you’ve changed, or when you make life-altering decisions, wondering what that younger version of you would think of you now. And when I took quizzes, even ones like “Build your dream potato dish and we’ll tell you the name of your future pet iguana,” I searched for these answers in who I thought I was. I wanted to be myself, and for that self to hold some kind of satisfaction that I knew I couldn’t find alone, like cracking open a geode with a hammer because your fist isn’t hard enough. But no personality test can reveal the secret to holism. No construct holds the reconciliation or justification of who I am to strangers, my family, my past. And not just because the MBTI is too simplistic or because the Enneagram is too complicated, or even because Buzzfeed is too ridiculous.

I was looking for answers, satisfaction, in myself. And most of the time, I don’t really know who this “myself” person is.

The sin of Israel, who complained for a king and crowned the tallest person they could find, is mine. The sin of the Pharisees, who made their own laws to feel holy, is mine. The sin of Adam and Eve, who ate fruit to become like God, is mine. And I make up new ways to hide and to atomize and to dethrone. My identity is here, too, in the sins I share.

But in ways beyond my understanding, beyond myself, my identity is in Christ. More than in INFP, in Strengths, in Nine. More than the personalities I try to mold myself into. And certainly more than in my sins. I can identify with Christ not because his personality happens to match mine, like another type, as if the Godhead were a pair of earrings that complemented my eyes. I can identify with him because he identified with me, releasing his own identity and emptying himself to humanity, to the point of death, even death on a cross (Phil. 2:5-8). I identify with him because he chose me, and so I choose him instead of the sins of Adam and of Israel and of the Pharisees. I identify with him because I came to the end of myself and there was still no satisfaction, reconciliation, justification (or any other fancy-sounding word, except for maybe humiliation).

And so I empty myself, too.

From Stokervania to Austenland - to Infinity and Beyond!